Fantastic Heroes & Witchery is a 430 pages rulebook, with all the information necessary to run a game of fantasy role-playing. Monsters and magical items are not provided (though they will come in later supplements), but you can use those from other editions of the game, so your books don’t become useless.
The rules are similar to those found in “the original game” and its simulacrums, but draw on several editions to create its own style. Fantastic Heroes & Witchery was done with the following goals in mind: ability to use most earlier material (monsters, magical items, modules, GM books, etc.) without conversion; simple and streamlined rules mostly based on the original game’s mechanics; but also new and different character classes, and many new spells. Overall, Fantastic Heroes & Witchery remains the same ancient game, but with slightly modernized rules plus a few options and additions. Here is a digest of the game mechanics: 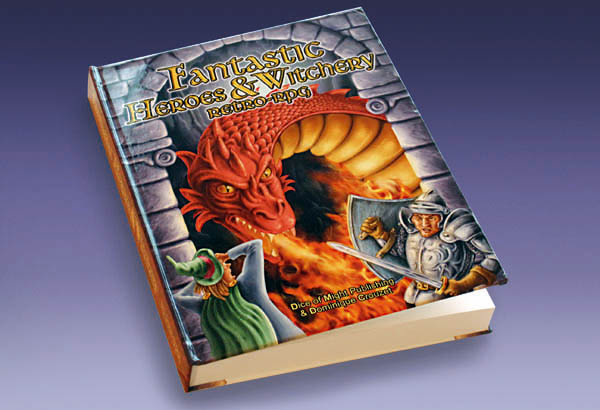 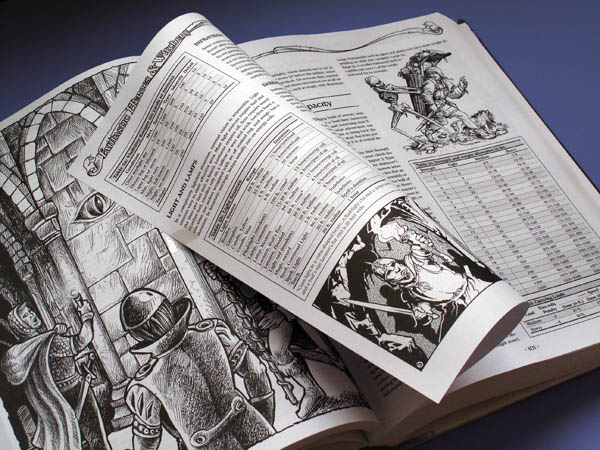 2) Characters: The seven traditional, fantasy PC races (dwarf, elf, gnome, halfling, half-elf, half-orc, and human) are much similar to their models, though they have been streamlined and simplified. Then, more races have been added to play in different genres of fantasy (such as Swords & Planets). Besides, a lot of classes (more than 40!) are proposed. The traditional archetypes (fighter, thief, wizard, etc.) are featured, though they are often re-designed or fit a slightly different role. Then, a few new classes were added to play in different campaigns such as based on post-apocalyptic or dark fantasy. 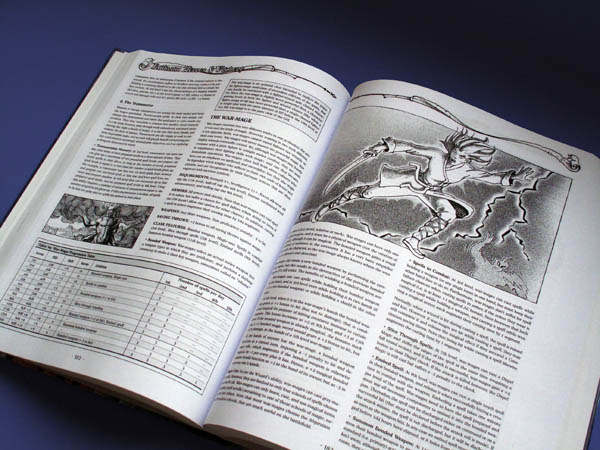 3) Skills: As in old-school RPGs, characters primarily describe what their characters do, hence verbal interactions replace skill checks wherever applicable. Yet, a simple skill system also exists, to be used when verbal descriptions alone cannot determine the success of an action. Skill checks use the same system as combat, where you roll a d20 + bonuses vs. a target number reflecting the difficulty of the action or task attempted. This target number “DC” (i.e. difficulty class) is similar to the “AC” (i.e. armor class). 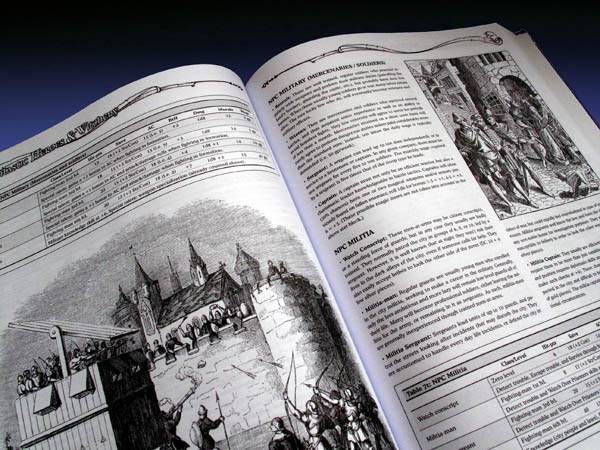 4) Combat: Very similar to 1e/2e combat, except attack rolls. Fantastic Heroes & Witchery uses the simple method of ascending attack bonuses vs. ascending AC. No charts are necessary: characters add a bonus to their attack rolls, that increases as they gain levels. Roll a d20 and beat the AC. Then, despite ascending AC (the higher, the better) is the norm, both ascending or descending AC values can be used almost interchangeably. There is no need for conversions (and in any case, converting descending AC into ascending AC is very simple). 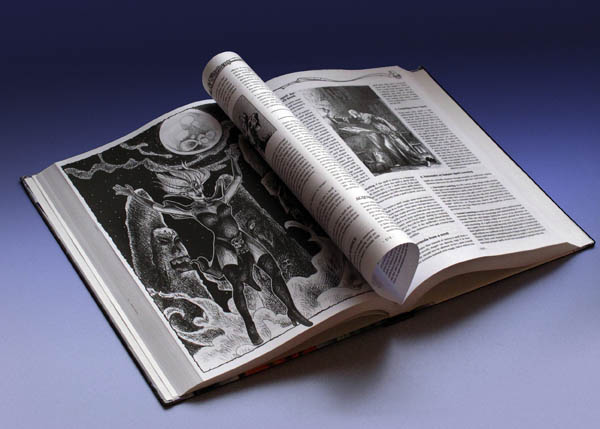 5) Initiative and Surprise: Both use the d6 in the spirit and flavor of older editions. For initiative players roll a d6 and add the relevant modifiers (speed factors, casting times, etc.); then, the lower result acts first. For surprise, a modified roll of 1 or 2 on the d6, means that a creature (or group of creatures) is surprised by its potential opponents. Then, many circumstantial factors can help the GM determine whether surprise should be rolled or not. 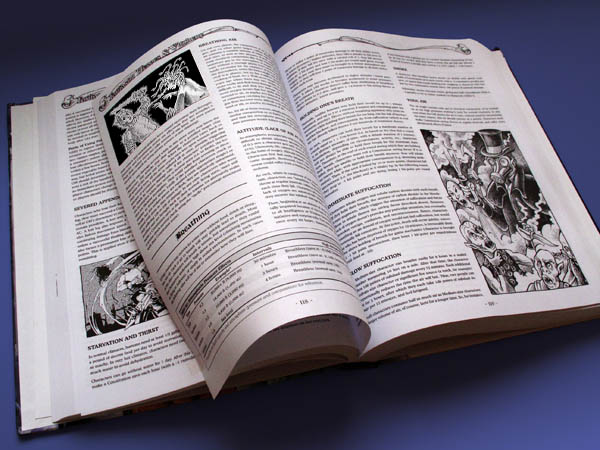 6) Saving Throws: Based on older editions of the game, saving throws are made by rolling a d20 against a target number. The character’s class and level determines this target number. Then, each class gets save bonuses against specific threats (such as magic-users being more resistant against spells), and various other bonuses and penalties could be applied when circumstances dictate. 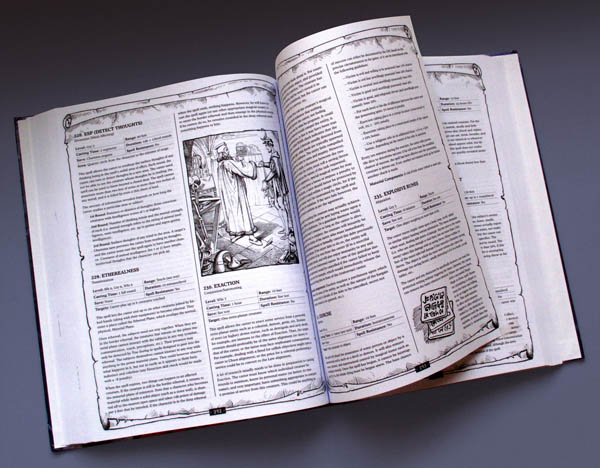 7) Spellcasting: The usual system of preparing a spell in advance and casting it later has been kept, but a few new classes (such as the elf-mage and psychic) use different methods. However, there is no more distinction between arcane and divine magic; all spellcasters are magic-users, but using either white, gray or black magic. Then, a total of 666 spells are proposed, that match earlier spell lists (of clerics, druids, magic-users, etc.) but add many new spells into the mix.